What Is Cocaine Psychosis?

Over 5 million people in the United States reported having used cocaine in the past year. At the same time, over 3.5% of adults in Arizona are managing a mental illness. How do these two correlate? People might know some of the other symptoms that come with long-term cocaine use, such as dental damage or vein damage that can occur over time, but what is cocaine psychosis?

Education and easy access to information is an important step when it comes to destigmatizing substance use. Here at Pinnacle Peak Recovery, we make sure to offer easy-to-access, informative blogs to allow people to learn more about substance use. This can help them make well-informed decisions down the road or help a loved one when they need it most.

Almost 3 million people in Arizona live in areas that do not have enough mental health professionals. Cocaine psychosis is just one of many ways people can develop mental illnesses correlated with long-term substance use.

Psychosis is always triggered by something else, rather than being a condition in and of itself. In this case, it’s being triggered by cocaine consumption. Cocaine impacts and alters the dopamine receptors in our brains. Excessive dopamine levels are theorized to be one of the triggers for psychosis.

So what is psychosis? To put it simply, it’s when a person perceives reality in a way that differs from those around them. The symptoms that arise because of this can vary, but here are the most common ones:

Many symptoms of psychosis can occur during cocaine use and then cease once the substance is out of your system. The most common symptom, for example, is paranoia. Over two-thirds of those who’ve taken cocaine experience paranoia during or afterward.

While the symptoms of psychosis mostly only occur while the substance is in people’s system, it can sometimes carry on even after the substance is out of your system. This can develop due to a history of long-term cocaine use or after binge sessions, which are when people take a substance multiple times in a row, usually lasting for several days.

Causes and Risk of Cocaine Psychosis

While the primary reason behind cocaine psychosis is the way cocaine alters and impacts the dopamine systems in your brain, there are other things that can combine with cocaine use that increase your risk for psychosis symptoms.

Another potential development that can occur alongside psychosis is delirium. It can be accompanied by normal psychosis symptoms like paranoia, hallucinations, delusions, and agitated behavior. In addition, symptoms like severe confusion and nervous system instability will also pop up. This can be visually noted with excess sweating or by checking on blood pressure and pulse changes within the individual. It is a potentially fatal syndrome and should lead to medical assistance if you start noticing symptoms of it.

The more someone experiences psychosis while taking cocaine, the more other risk factors should be considered as the other side effects of long-term cocaine use. Continual use can not only continue to put you at higher risk of experiencing psychosis but also have the potential for other side effects as well, such as:

What Can Be Done About Cocaine Psychosis?

While substance use can impact psychosis, stopping cold turkey would still negatively affect your mental health and potentially cause you to experience psychosis during withdrawal.

When a substance is regularly in your system, your body will start to adjust to its presence. In the case of cocaine, this can mean your brain and dopamine system shift to accommodate the changes caused by cocaine.. When you stop taking the substance that your body has grown used to, it reacts to the lack of substance there. This is what causes cocaine withdrawal. Here are some common side effects of withdrawal:

Some of these symptoms, like cravings and depression, can last for months after regular consumption is stopped. One of the ways to work through both this and psychosis is by going to a rehab facility like Pinnacle Peak Recovery.

Getting Treatment For Cocaine Psychosis at Pinnacle Peak

Starting the recovery process from cocaine use disorder might feel overwhelming, but we’re here to help you through every step of the process. We want to see you reach your recovery goals. Here at Pinnacle Peak Recovery, we offer every piece of the puzzle, from detox to inpatient and outpatient treatments, as well as support systems to continue to be there for you after you leave our facility. We know you can achieve your goals and we’re excited to help.

Detox is the start for most looking to recover from substance use. The detox process is guided by medical, licensed professionals who help ensure you have the least discomfort possible during withdrawal. They’re also there to help manage or prevent any dangerous symptoms like psychosis.

Afterward, you will discuss with your medical team what steps will be next for you, whether that’s inpatient or outpatient treatment. Having continued treatment after detox is shown to increase your chance of long-term recovery.

Inpatient recovery involves clients staying on-site 24/7. This allows them a safe environment with a family feel to help ensure they only have to worry about and focus on their recovery. There are individual and group therapy sessions as well as other activity and skill-building sessions, and you’ll be surrounded by people who understand what you’re experiencing and are working on recovering alongside you.

Outpatient treatment offers many of the same benefits and sessions as inpatient treatment but allows the client to go home. This is especially helpful for those who are continuing to work during recovery or who have family they want to go home to in the evening. Many times, patients might transfer from inpatient to outpatient over time as a means of easing the transition out of rehab.

If you or a loved one is looking to get started on the road to recovery from cocaine use, or you have any questions regarding cocaine addiction treatment plans, don’t hesitate to give us a call today at 866-377-4761.

A Clean Future Is Just A Call Away

Let the team at our addiction treatment facility in Scottsdale guide your journey.

FAQs About What is Cocaine Psychosis?

How common is cocaine psychosis?

2 out of 3 people who partake in cocaine experience paranoia - one of the three most common symptoms of cocaine psychosis.

How long does cocaine psychosis last?

The psychosis induced by cocaine consumption can last as short as the period in which the cocaine is in your system, or last for hours or days afterwards.

What to do when someone is having a cocaine psychotic episode? 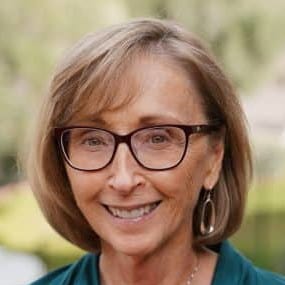